Nothing is as distinct or beautiful as the amethyst gemstone. The amethyst, also known as the February birthstone, comes in a gorgeous shade of purple or violet, and sometimes even includes red or blue undertones. It is a brilliant, sparkling, and luminescent gemstone that is absolutely stunning. One of the most interesting aspects of the amethyst stone is the many metaphysical properties associated with it. The amethyst has the reputation of being one of the most powerful gemstones out there, due to it’s calming and meditative properties. It is said to be capable of promoting balance and peace in those that wear it or place it inside their homes. The amethyst is both unique and intense in its appearance and is also said to work on emotional, spiritual, and physical planes. Those who are afflicted with problems of impatience enjoy using amethyst to ease their mind since it is said to bring about a calming and peaceful atmosphere.

In ancient times, people adored and prized amethyst just as they do today. The pretty gemstone can still be found naturally occurring in Greece, the Middle East, Italy, and the northern part of Africa. The Greeks use to carve drinking vessels made out of the powerful stone, and also would wear it around their necks. The name amethyst originally came from the ancient Greek word meaning, not intoxicated. And, it referred to this because the stone was said to prevent the body from getting drunk, and also, that it’s magnificent and stunning color came directly from the God of wine, Dionysus, who use to pour wine on his crystals, while in mourning. Used to promote sobriety, amethyst is known to open one’s eyes and helps the mind to think more clearly, without the cloud of emotion.

Aside from all the calming and balancing properties of the amethyst gemstone, it is said that it can also help with cerebral thought processes, and to improve intellectual prowess. The stone is known to help increase psychic ability in people, as well as improve their emotional intelligence as a whole. A form of quartz, amethyst is made up of primarily iron and several other trace minerals. And, there is no doubt that it’s composition is both strong and very beautiful.

Naturally occurring in many areas, such as Sri Lanka, Brazil, Siberia, and the far East, amethyst is also commonly grown and manufactured in labs, much like many other quartz gemstones. But, the truth is that most people prefer the real thing, as the intense powers of amethyst are more associated with the naturally occurring stone, rather than the lab-grown and manufactured stone. Another great power of amethyst is that it is known for building the skills needed in order to critically analyze emotions, as well as give the wearer the ability to see the reality of what is before them. Widely known as the “problem-solving” gemstone, amethyst is both loved and adored by many and is said to rule the crown-chakra.

Used in many different types of jewelry and decor, including necklaces, bracelets, rings, earrings, and brooches, amethyst is a wonderful gift for a wife, friend, mother, daughter, or grandmother. Since the stone is known for its calming appeal, and beautiful purple coloring, it is commonly worn by all types of people, who say that the stone casts an appealing, rose-colored glow. The purple color of amethyst comes from the irradiation of the stone, along with complex crystal lattice substitutions. Worn and coveted for centuries, amethyst is a prized and beautiful stone that is both stunning and powerful. It is a wonderful stone to both wear, as well as to place inside the home. 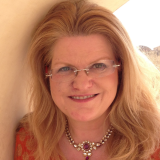